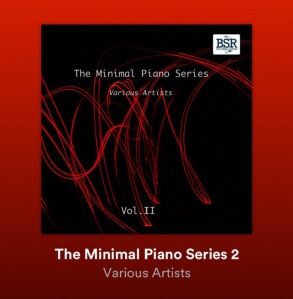 The roots of minimalism date back to the early years of the 20th century. Somewhat counterintuitively, the less-is-more movement came about as a result of the addition (rather than subtraction) of new construction materials: glass, steel and concrete.

In December 1915, Kasimir Malevich premiered his Black Square at The Last Futurist Exhibition of Paintings 0,10 in Petrograd. As its title suggests, the painting is a black square set against a white background. Historians refer to it as the “zero point of painting.” Its bold simplicity and absence of external references continue to resonate a century later.

It wasn’t until the 1960s that all of this began to have a meaningful influence on music. The names most often associated with those early days – La Monte Young, Terry Riley, Steve Reich and Philip Glass – represented the U.S. wing of a movement that had European counterparts such as Louis Andriessen, Karel Goeyvaerts, Michael Nyman, Gavin Bryars, Henryk Górecki and Arvo Pärt.

It’s difficult not to see a connection between this appetite for simplicity and the pressure-cooker times of the 20th century. Malevich made his great statement in pre-revolutionary Russia. Riley and Co. challenged Americans to take a breath during one of the most tumultuous periods in the country’s history.

No wonder minimalism continues to appeal to music lovers, and evolve as an artform. Two decades into this new century, its influence has turned electronic and other avant-garde music producers into documentarians of a wired world.

It also continues to ripple through new classical music. Blue Spiral Records has produced a second volume of The Minimal Piano Series. The first collection came about as a result of an international composition contest launched in June 2017. “The contest was reserved for original and unpublished compositions that provided the piano as the main instrument and inspired by the ‘minimal’ genre,” according to the label.

The work is of a consistently high quality. It’s sometimes difficult to pick up a compilation disc like this one, filled with names few of us recognize. More often than not, they’re vanity projects that can be politely described as uneven. This is nothing like that.

The Minimal Piano Series Vol.2, like its predecessor, is an invitation to a world of emerging talents with seemingly unlimited potential.