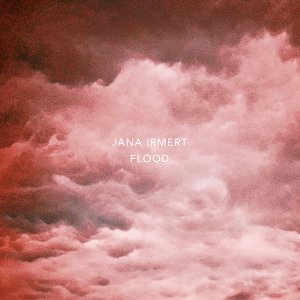 Immersive is a term used a bit too liberally when it comes to sound art. We’ve all heard pieces that come close to being truly absorbing. Perhaps they achieve it for short bursts of time. But absent any corresponding chemical use, it’s an unrealistic expectation.

What great sound art can do though is produce a kind of virtual environment for listeners to occupy at their leisure. Berlin’s Jana Irmert has given us a startling example of just that. Her new work FLOOD has extraordinary depth and dimension.

“All three parts of the album are marked by perpetual subtle shifts, memory turning into an imperfect compass,” he writes. “You can walk through the music in all directions without ever passing the same point twice.”

While this is just her second LP release, Irmert is already an accomplished artist. She has a number of solo and collaborative works under her belt. Not surprisingly, given the evocative nature of her work, she has also partnered with filmmakers, dancers and visual artists.

Irmert has been presented at the New York City Electroacoustic Music Festival, Slovenia’s Sound Explicit, the I-Park Environmental Arts Biennale in Connecticut, Academy of Arts Berlin and Canada’s Banff Centre. She co-founded Studio am Fluss in 2015, a company that produces sound for film projects.

FLOOD features three pieces, each of which combine a seemingly endless collection of electronics and field recordings. There are so many beautiful ideas over the course of its 52 minutes. Few of them even partially recognizable.

She has completely decontextualized her source material. The album’s theme – “the desire for change, a sensation that fills us both with anticipation and anxiety” according to Fischer – redefines how we hear the work’s various components.

So while Irmert expresses a desire for listeners to consume her work in their own way, the strength of FLOOD is in large part its unifying theme.