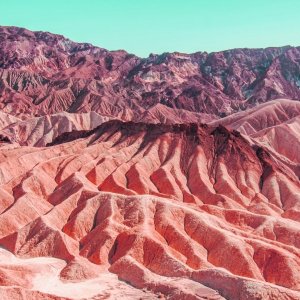 That title is a reference to T.S. Eliot’s The Love Song of J. Alfred Prufrock, a celebrated poem that remains a source of debate more than a century after its publication.

Prufrock is a middle-aged man with something important to say. But he is hesitant. Much of the poem is open to interpretation. Is Prufrock on his way to confess his love to a woman? Or is this inner dialogue a critique of modern society? Perhaps it’s both.

The poem came to be seen as a major shift, from standard 19th century romanticism to modernism. Eliot captured the sense many Europeans had in the early days of the 20th century of repression and disillusionment.

Gareth Chapman and Barclay Brennan have delivered a 32-minute piece that is similarly ambiguous. The two have been making music as Matawan since 2013, often relying on field recordings to build richly layered ambient music.

Their notes explain the process here: “The piece begins with a reel-to-reel recording of a guitar riff. To achieve its meandering quality, the recording was heavily layered and manipulated throughout its frequency range to create a very definite sense of depth. As the song progresses, space is made for a slightly more linear arrangement that was created from dozens of very short orchestral field recordings that were transposed into complimentary keys. Once this element of the song reaches its most enveloping point, each layer starts to slowly disperse which eases the listener into the final section of the song that was created using a basic mid-’90s keyboard.

“To make this section, Matawan recorded a number of very simple arrangements which were overlaid to create an almost arpeggiator-like sound that slowly builds in complexity until its final state is looped several times. Once this state is reached, all of the previous textures are progressively brought in to provide a final consolidation to the piece.”

Despite the electronics involved, it feels like a minimalist work scored for string quartet. It comes at you in a series of gentle, warm waves.

To be clear, this is not an approximation of something organic. What makes We Lingered in the Chambers of the Sea successful is that its instrumentation is virtually irrelevant.

Chapman and Brennan have dreamt up this beautiful little world. What it means, and why you’re there, is entirely up to you.