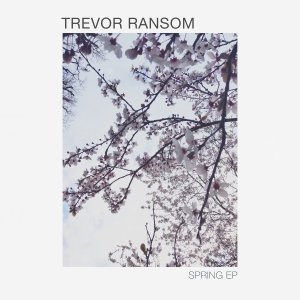 Cindy (formerly Gordon) Sharp’s name doesn’t figure prominently in the history of alternative pop music. It might have, but the Scottish vocalist, musician and producer turned down multiple invitations to join Duran Duran in the band’s very early days after meeting John Taylor at a Japan show in London.

Sharp was unimpressed by the young band’s pop sensibility, and chose his own route with Cindytalk. As impressive a move as that turned out to be, it pales in comparison to Sharp’s contribution to 4AD’s first This Mortal Coil album, It’ll End in Tears, in 1984. Their take on Alex Chilton’s “Kangaroo,” along with Cocteau Twins’ Simon Raymonde, was among the great highlights of an extraordinarily creative period in music.

Sharp’s aching sincerity comes to mind one minute into Trevor Ransom’s handsome new Spring EP. Given a chance, Ransom’s voice will stay with you the same way Sharp’s has with me for more than three decades.

As is the case on much of the disc, his vocals aren’t so much centre-stage as they are centre-of-the-mix. Add to that a tendency to disperse those vocals sporadically across the music, and you get a beautifully fluid result.

Musically, Ransom offers up a mix of acoustic and electronic instruments that is equal parts new classical, electronic and lo-fi ambient. The maturity of his self-produced debut is this year’s first gorgeous surprise.

One thought on “Trevor Ransom – Spring”