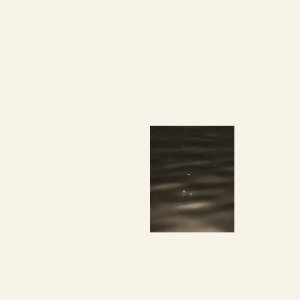 Balmorhea fans were delighted to see a new release from the Austin, Texas-based band last year. Clear Language was the first we’d heard from Rob Lowe and Michael Muller in five years. The warm reception earned by the duo’s sixth album was epitomized by NPR’s Bob Boilen, host of All Songs Considered, confessing: “I’m madly in love with this album … it just sets the tone that knocks me out.”

Knowing a good thing when they see it, Balmorhea invited half a dozen artists to reinterpret five tracks from the original release. The result breathes new life into material that still sounds fresh and exciting in its original state.

The album opens with two reworks of “Sky Could Undress.” The first is from Jefre Cantu-Ledesma, who turns up the distortion, giving the track a kind of lazy dub feel. Next up is Christina Vantzou’s take – a minimalist, new classical interpretation. This “reworked” trend is at its best when artists go beyond the conventional remix. Credit Vantzou for taking such an imaginative approach.

Jon Porras’ interpretation of “Slow Stone” is a nice follow-up. His treatment of the guitar recording is the main attraction. It enhances the original’s sense of melancholy.

“Behind the Wheel” is in the hands of Chihei Hatakeyama next. Old Cocteau Twins fans will be reminded of Robin Guthrie’s contribution to the band’s later work. It’s an excellent piece.

The album’s first real grit comes on William Basinski’s rework of “Lost in Translation.” Gentle noise elements and a beautiful muted trumpet separate this from the four preceding tracks, which contributes a bit of variety to the album.

Finally, we get Christopher Tignor’s version of “First Light.” The first three minutes are pure ambient drone. The album’s high point comes with the introduction of a heavily treated electric guitar. It builds gradually to an elated climax, before drawing us back down for the album’s conclusion.

Given its source material, this was always going to be a low-key affair. That the artists were able to inject such excitement into the original tracks is what makes this special. Fans of all of the artists involved will be delighted.