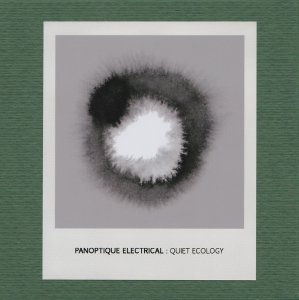 In a world obsessed with speed, is there anything more powerful and liberating than to be purposefully slow? Is it the ultimate act of rebellion in an on-demand world?

The album’s promotional material focuses on volume rather than pace – the two go hand-in-hand on this remarkable album: “Sweeney undertook a quiet odyssey across four Australian cities (Adelaide, Perth, Sydney and Melbourne), searching out and mapping quiet spaces in and amongst these built environments. He wanted to discover as many zones of quiet or retreat in these cities and make compositions in response to these locations. He created maps and listening walks that took him from space to space. His desire was to ask a simple question: Can you find a way to release yourself, if only temporarily, from the noise of the world?”

Quiet Ecology begins with “The World Is So Loud,” a mournful piano solo soon accompanied by similarly pitched cello drones. It is a dramatic, if understated, opening that maintains its lavish pacing for more than 11 minutes. This isn’t just ambient music. It is a full-on test of our patience. It is an order: stop what you’re doing and focus.

Next comes “In A Vow Of Silence,” a pure drone piece lent extraordinary texture by more cello additions. The power of that instrument to turn simple synth washes into more organic, emotional pieces of music is on full display here.

“Footfalls” and “A Place With Trees” are the album’s most romantic offerings. Sweeney’s performance on the piano is transfixing.

This is Sweeney’s third release for the Greek label Sound In Silence. It was preceded by Disappearing Music For Face, another solo work, and a collaboration with Richard Adams, under the name Great Panoptique Winter, called Wildness.

Sweeney has been making music for two decades. This latest effort is among the very best 2017 had to offer.