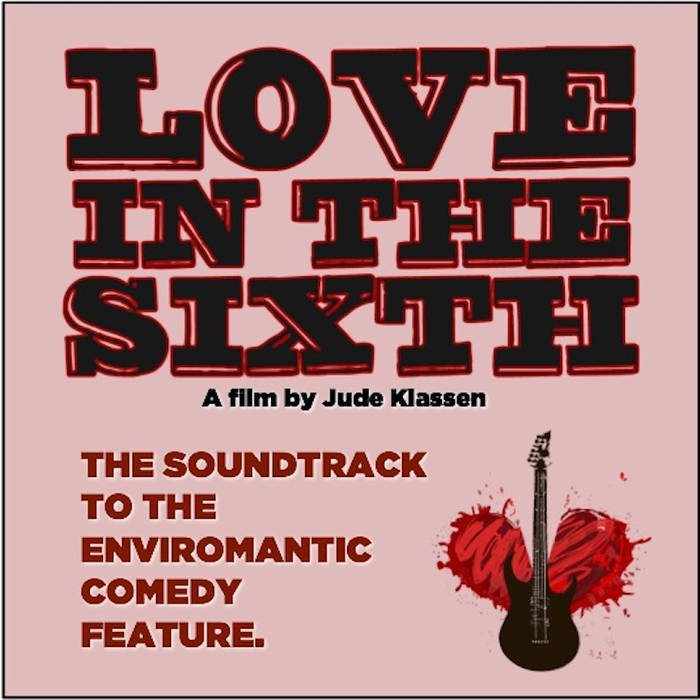 In the finely crafted words of director/co-writer/co-star Jude Klassen, Love in the Sixth is “a feminist film although I suppose somebody’s being objectified somewhere. It’s so hard to keep up, baby.”

There is no better way to introduce the impressive soundrack to this self-described “unromantic musical comedy about extinction.” Klassen’s sharp wit and ability to shift effortlessly between charming eccentric and soulful balladeer is the main attraction here.

She’ll make you wish you had more entertaining friends.

Klassen’s not on her own though. Collette Savard’s “Up Late Talking” is a gorgeous, straightforward roots-pop song. And Natasha Nouveau delivers a divine performance on “Anything Once.”

Then, just as things start to get a bit serious, Klassen and T.C. Folkpunk regale us with “Bitch In My Pants.” It is of course a dialogue between Klassen and, well, her pants. “Hey, what are you doing bitch? Are you looking at him? Stop looking at him.”

She continues: “Don’t look at him, look back at me. We got work to do. We got like GST, we gotta learn Esperanto, we gotta ride our bike, we gotta go do yoga, we gotta fucking meditate, we gotta jog I guess, try to eat right, we gotta use the juicer…”

Musically, you’ll hear elements of pre-Love Shack B-52’s and west-coast bubble-gum rockers Cub. When Klassen declares “I’m on mancation,” I defy you not to join in the fun.