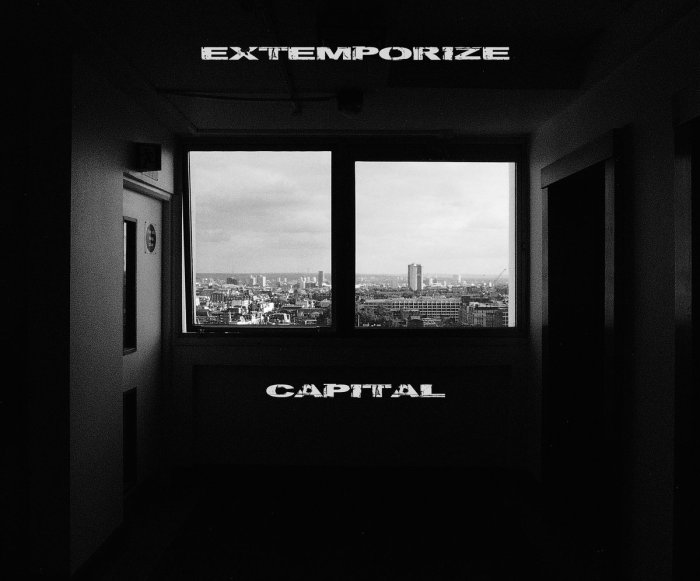 If you had any doubts about the relevance of jazz music in 2017, this project from London, England will set you straight. Extemporize’s Capital, released in May, is an absolute cracker. These 13 polished, impossibly groovy tracks are proof positive that nujazz is an art form to be reckoned with.

Led by drummer Mark Heaney (a sought-after session drummer and former member of Gang of Four), the quartet also features Pete Billington on keys, Jerry Soffe on bass and Stuart Henderson on trumpet and flugel horn. The performances are impeccable.

London Jazz News described the disc as “jazz for the grime and hip-hop generation.” That will strike fans as a bit excitable. There are plenty of modern touches here, no question. But the playing is as organic and accomplished as any strong traditional jazz LP.

Heaney’s drumming is world class. Lively, intricate, it is full of tasty surprises. Even on a slower track like “TOWERS,” he finds a way to take a straightforward hip hop beat and turn it into something more. (Also featuring a killer horn performance by Henderson, it’s a sample waiting to happen.)

There were reports that the group had disbanded shortly after this album’s release. Happy to report they’ve since reformed. There’s an extraordinary chemistry at work here. We can all look forward to what comes next.