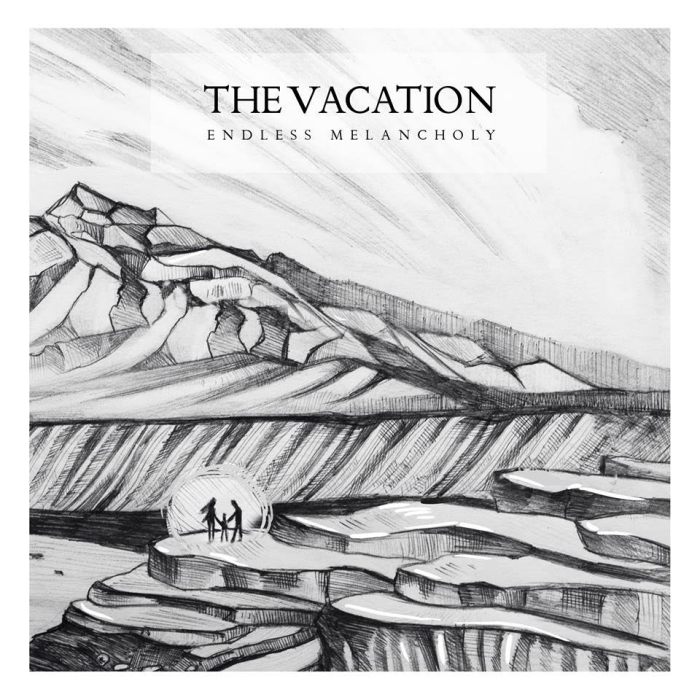 Oleksiy Sakevych has produced another winner. The Vacation is his fifth full-length disc under the Endless Melancholy brand. It is this month’s must-listen.

After the success of 2015’s Her Name In A Language Of Stars, expectations have ridden pretty high ahead of this new release. Despite the Kiev-based artist’s self-deprecating insistence that he’s been “disappointing everyone since 2011,” it’s hard to imagine many listeners having that reaction to The Vacation.

The album is achingly beautiful. He matches gentle, mournful ambient synth with some of the most effective distortion effects recorded this year. Sakevych may have an album of the year here.

He and I traded emails over the weekend.

Tell us about your process.

As a musician, I am now in the process of shifting from digital music production to analog. I guess, at some point every musician comes to this. Thus far, I’ve only occasionally used real instruments in my productions (like recording real strings or guitar). The whole process mainly revolved around virtual instruments inside my laptop.

At one point, I got really passionate about analog synthesizers, their sound and the numerous ways they can be incorporated into the music production. Hopefully my next releases will be based on hardware synth recordings.

The Vacation is still a digitally produced album. I tried to make it sound as warm as possible. Clean, ideal recordings sound sterile. They don’t have surface noise; they’re not alive. I loved the idea of melodies hidden beneath an ocean of hiss and distortion. That’s why I paid a lot of attention to carefully degrading the tracks, making sure they are still pleasant to the ear.

The white noise is a result of work with the bit-crusher plugin Camel Phat by Camel Audio. I like the stochastic nature of the noise. It doesn’t sound like software at all.

When I had the music parts composed and all the songs recorded, I dedicated time to making them sound warm. I asked a friend of mine, who owns a vintage Nagra stereo reel-to-reel recorder, to process my album through it. We recorded the album to tape at 3.75 IPS speed. This way I managed to achieve more of an analog sound.

At the final stage of production, I sent the album for mastering to Stephan Mathieu. He’s one of the best specialists in experimental and exploratory sound out there. He offers mastering services at his very own Schwebung Studio, where there is a lot of great analog gear. I think he’s a wizard, because what he has done to the album is amazing. I am totally happy with the result!

You can actually hear the difference in this small comparative video I made. It contains samples of the opening track right after processing through tape, and the actual mastered audio by Stephan.

Are the keyboard pieces composed or improvised?

The keyboard parts are echoes of what my project initially started from. Endless Melancholy emerged in 2011 from my passion for the so-called modern classical scene and composers like Olafur Arnalds, Nils Frahm, etc. Having no classical background, I tried to self-study the piano.

I started the project with some minimal (primitive), looped and simple piano compositions, which received good feedback. That motivated me. It took me about four years to understand that my self-study efforts aren’t efficient. I also realized that I don’t want people to associate me with classical music, since I have no classical background.

I got interested in more experimental sounds, which led me to shift to ambient. I still incorporate piano melodies into my recordings because it’s still a great instrument and possibly the best way to express some melodies.

I’d describe the keyboard parts you can hear on The Vacation as semi-improvised. I can’t say that I came up with them randomly. The melody for “Wouldn’t we be lonely?” was stuck in my head for a few weeks before I finally decided to record it. But at the same time, I can’t say I spend too much time thoughtfully composing. They’re all looped, simple and repetitive. Just another tool that contributes to the ambient landscape.

What do the three figures are on the cover represent?

This is an interesting question. The whole album is inspired by a short story by Ray Bradbury written in 1963, called The Vacation. It’s a story about a family of three (a man, a woman and their son), who woke one morning to find the world empty. All the other people were simply gone.

The story is very short, but it perfectly captures the emotions of this family, ranging from the excitement (of being able to enjoy the whole world on their own) to desperation (of realizing their loneliness). Basically, the whole album is my effort to capture these moods. The story really impressed and inspired me. All track titles are actually lines from the story.

I saw this random photo by Klava Repina on the internet, and I thought that it fit perfectly. So I asked my friend, an artist Lita Akhmetova, to draw the cover for me, taking this photo as the main inspiration. The cover she came up with left me speechless, I accepted it immediately.

One thought on “Endless Melancholy – The Vacation”