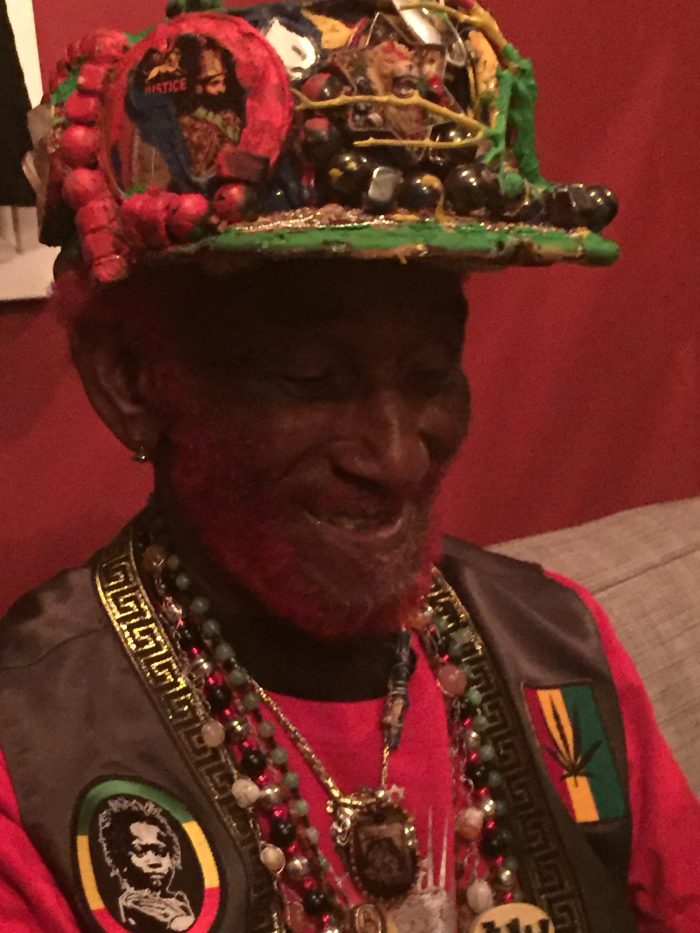 Last night’s Lee Scratch Perry gig at Toronto’s Danforth Music Hall was always going to be an event. The 81-year-old is that rare thing in music, an actual living legend. When the man who invented reggae steps to the microphone, he builds a kind of tension few octogenarians can muster.

The last thing we needed was added stress, in the form of overzealous Danforth Music Hall security. Before Scratch took the stage, there was a warning not to smoke on the premises. Sure enough, a few short minutes after Subatomic Sound System’s Emch had flipped open his laptop, audience members were getting the hairy eyeball from muscular young men in black nylon jackets.

I suspect it’s unfair to blame security, or even their employer. I’m told there was a police presence outside the hall. And that they were more concerned than usual about “fire safety.”

Be that as it may, Scratch’s adoring fans had to wait out two mid-set delays. Admittedly, the first came as a result of our hero’s tantrum after being told to stop smoking himself. “No ganja, no show.”

Scratch returned, to his credit. And we were treated to 20 minutes of rich, vintage dub. Side stage, half a dozen locals all had their mobiles in hand, recording his every hop, step and half-jump.

The man is venerated, as well he should be.

He remains capable of extraordinary performances, even if that demands the help of talented young collaborators like Subatomic Sound System. Hearing them together – young supporting old – the link between Scratch’s magic and today’s best electronic music was on full display.

And then Scratch lit another spliff.

Down went the sound. Up went the lights. They shut him off like an opening act. Our hero kept rapping. Troy Shaka Simms tried to fill the hall with his sax. Larry McDonald pounded his bongos.

The show resumed some time later, but truthfully the vibe never really came back. They tried. But let’s face it, intermissions are for hockey games.

Backstage, I asked Scratch how he felt about the show. “Fantastic,” he said, proving himself exceedingly polite. “Could not be better.”

Meeting Scratch was a dream come true. It’s not often you get to sit beside someone who has had such a direct impact on what makes you happiest in life. 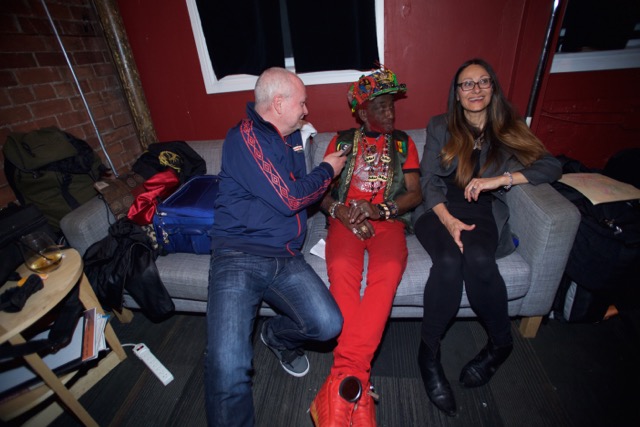 But he’s a tough interview. Our back and forth went like this:

How do you keep going Scratch?

Do you consider yourself a success?

What are you most proud of?

Ganja. If I had a spliff I’d tell you more. But dem said not to smoke and I don’t know why I should not smoke. Me na smoke cigarettes. Cigarettes present death. Because me believe in the breath of life, me na sniff coke … Be careful what you eat. If you don’t do that then the teeth will get rotten and drop out. Then you have no more teeth and disease come.

Will you ever retire?

I have no reason to be tired.

Does work make you happy?

That last bit is my favourite. Truthfully, I was just happy to get five minutes with him.

A couple of additional notes. Scratch’s work with Subatomic Sound System is extraordinary. He continues to push this amazing music, and it’s clear the crew behind him treat the man with love and admiration. Props to DJ Chocolauren too. Her pre-Scratch set was slamming.