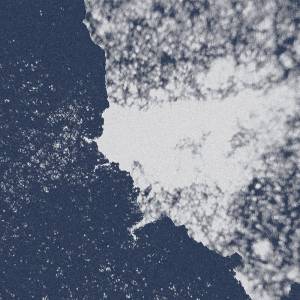 French author, philosopher and literary theorist Maurice Blanchot’s life spanned almost the entirety of the twentieth century. Born in a Saône-et-Loire commune called Devrouze in September 1907, he lived to see 2003. During those years, his work was sufficiently complex and wide-ranging that Christophe Bident would author a biography of the great man entitled Maurice Blanchot, partenaire invisible.

Iran’s Siavash Amini references Blanchot in the notes of his new album Serus. It is a dark, richly textured study of night. “I became interested in different definitions of what night is, our perception of it and what night means physically to us as well as symbolically,” he writes.

“I came across the idea of ‘other night’ described by Maurice Blanchot, during my research. It started me recognizing night as something we experience as ‘the night of sleep;’ it is night that we resist in sleep, by way of dreaming.”

Of course, there are a number of ways to avoid sleep. In Amini’s case, a combination of “intoxication, and an eventual nervous breakdown” led to the artist’s admission to an intensive-care unit.

He describes a three-night haze of semi-consciousness. “I felt myself far away from all my surroundings and at the same time being very attentive to some details in the objects around me. It was as if my body and mind were in an in-between state. I can only describe this as being distant or more precisely being in the dark. Objects and people showed themselves out of proportion and mostly dim.”

The album’s title is a Latin word with multiple, related definitions – among them late, long, dim, dark, distant and protracted.

“There was a sense of repetition and familiarity in some feelings and emotions that I had towards some objects like sensing I knew them but not exactly from where or when. It was as if my body was resisting sleep and my sleepy mind was resisting being awake, only to dream of another type of the world that I could be awake in.”

In a review of Herschel Farbman’s The Other Night, Peter Schwenger, professor of English emeritus at Mount St. Vincent University and a resident fellow at the Centre for the Study of Theory and Criticism at the University of Western Ontario, describes Blanchot’s thinking as “a night that exists within the one that holds sleepers secure in their beds. Associated with dreaming, it delivers not rest but restlessness.

“For Blanchot, the dream is a waking within sleep – indeed … it is this waking-within that prevents the sleeper from succumbing to an all too final rest. In this sense the restlessness of dream maintains a liaison with the waking world.”

Amini’s new work communicates this restive tension with a mix of unsettling electronics, noise and preoccupied ambience. It is not a soothing listen, by any means. But neither is it needlessly harsh. There is an admirable subtlety to the composer’s work that is on full display here.