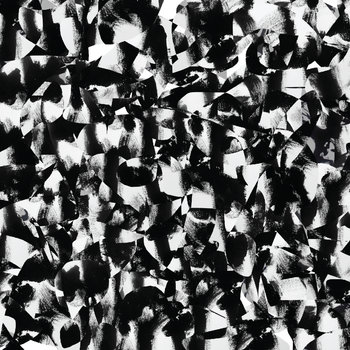 It will be Eduardo Cossio’s electric guitar that delivers your first impression of this intense new disc by Australian trio Knots. He doesn’t so much play it as push and pull it in unexpected directions. The album squeaks, growls and bangs, thanks in large part to the hostility with which he approaches the instrument.

As is often the case though, first impressions miss more than half the story. Djuna Lee’s double bass and Mike Caratti’s drums are equally challenging and integral to the success of these seven remarkable pieces of music.

You’re welcome to add Sing, Shattering, A Poem in Reverse to your free-jazz playlist. Its lack of a wind instrument will set it apart though. By foregoing the traditional in-yer-face alto saxophone, Knots is able to deliver a spirited album that pairs all that’s great about free jazz with an unexpected lineup.

When Lee bows her double bass – check out “Too Much a Vanity” and “Dry Corner” – Knots’ already tension-packed sound comes close to unnerving. Her virtuosity really shines though on the track that follows. “Hearsay” finds all three players feeding off one another, at equal volume. It may be the album’s best.

Caratti’s spotlight moments aren’t drum solos. Instead, he shines brightest when complementing his bandmates. (Or, if you prefer, they complement him.) He turns “Crash and Burn” into a percussionist’s joyride. And his contribution to the album’s title track, despite its relative sedateness, is every bit as creative.

The only track I haven’t listed here is the 93-second interlude “Dejalo Calavera.” It would be an overstatement to describe it as quiet, but it is certainly less dense than the rest of the album. It deserves a mention though because its softer touch casts these remarkable players in a somewhat different light. An album built around this pace would be equally impressive.