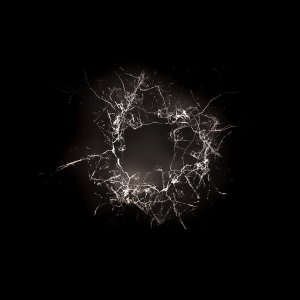 It was the fall of 1986. My girlfriend and I were visiting her brother Steve and sister-in-law Evita, both fans of traditional classical music. I looked up to them both and was eager to impress them with my contributions to the evening’s playlist.

My most recent purchase was John Cage’s Sonatas & Interludes for Prepared Piano, performed by John Tilbury. It was my first Cage recording and I was convinced it had the power to transform my classical music friends into avant-gardists.

A word in my defence before I get to what came next. This was a pre-internet question. Those of us interested in non-mainstream music in those days had to spend a lot of time ploughing through obscure magazines and newspapers to learn about new recordings. I also bought a lot of music blind. (I liked to think of myself as adventurous rather than just plain uninformed.)

As you can probably guess, my answer was something to the effect of: “I dunno.” I am convinced that Steve – whom I have not spent an evening with in 30 years – remembers how hard that made him laugh.

I’m reminded of that auspicious evening by this beautiful new recording by pianist Bart van Dongen and multi-instrumentalist Richard van Kruysdijk, One Two Three Four Five. Featuring five improvisational pieces for piano (not all of it prepared) and electronics, it is both adventurous and highly listenable.

“One” opens the album with a romantic solo piano section. About a minute and a half in, van Kruysdijk’s electronics enter the picture slowly. Almost imperceptibly. It’s a lush, accessible welcome.

“Two” opens with a more futurist feel, albeit grounded by van Dongen’s keyboard. As it progresses, the full ambition of the duo’s project becomes clear.

So that while we may be startled by the crash of piano and electronics that opens “Three,” we’re not really surprised by it.

Besides the world-class performances, what’s most striking about this album is the duo’s ability to combine piano and electronics in such a unified manner. It’s not that you can’t tell them apart (although there are moments when the prepared piano will leave you guessing). It’s more that the two elements are so wholly connected that distinguishing between the two becomes a pointless exercise.

The power of One Two Three Four Five rests squarely in the simpatico relationship these two great Dutch talents share.