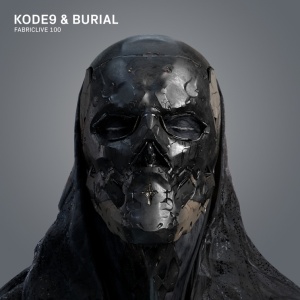 This latest contribution to the FABRICLIVE series from Kode9 and Burial has been greeted with surprisingly mixed reviews. One high-profile entry in particular, by respected journo Will Lynch on Resident Advisor, sums up the ambivalent reception.

“A lot of the music here is amazing, from the slinky grooves in the opening stretch to the neon footwork at the end and the haunting Burial precursors sprinkled throughout. But this strange tug-of-war prevents the mix from finding a satisfying groove,” he writes.

“Fabriclive 100 is without a doubt an inspired effort, an ambitious and highly creative attempt at capturing its selectors’ musical lineage. But it’s also a bit of a mess. It feels like the wild second-to-last draft of a creative project, the one that gets canned following an epiphany by the teapot and replaced with something far simpler.”

Lynch is a marvelous writer and a studious observer of electronic music. But as someone who produces a weekly radio program dedicated (in part) to the avoidance of simplicity, I’m lining up behind Kode9 and Burial.

This 76-minute epic covers a metric ton of ground. The differences between the two artists – not to mention the wide variety of sounds they’re each interested in – is precisely what makes FABRICLIVE 100 a must-listen.

If you think about the pioneering efforts of hip-hop DJs like Kool Herc and Grandmaster Flash, it was their ability to weave so many different sounds into their sets that made the work so culturally resonant. They juxtaposed styles, and in the process invented a new music.

Electronic music DJ sets are too often constrained by a preference for evenness. Beat matching is only the most obvious example. (Mea culpa, by the way.)

What makes efforts like this one – to push a variety of styles up against one another – valuable is that they contribute to the evolution of the genre. DJs have long been as important to electronic music as the producers themselves. The great potential of the long-format mix is to present the unexpected. To surprise, and in the process introduce new ideas.

I talked with jazz artist Stefon Harris about a similar idea last week. Obviously there’s a long history of jazz greats challenging one another with new and unexpected sounds.

“We want conflict because then we start to dig into the spaces in between those potentially brilliant ideas,” he said. “[T]he space in between those brilliant ideas is where we find innovation. It’s where we find creative ideas that are so far beyond the mind of any one individual. It can only come when you have diversity of thought.” (Please watch for that Q&A on All About Jazz soon.)

Heard with all this in mind, FABRICLIVE 100 closes out the long-running series with a bold, progressive statement. It deserves to be celebrated for its complexity.

One thought on “Kode9 and Burial – FABRICLIVE 100”